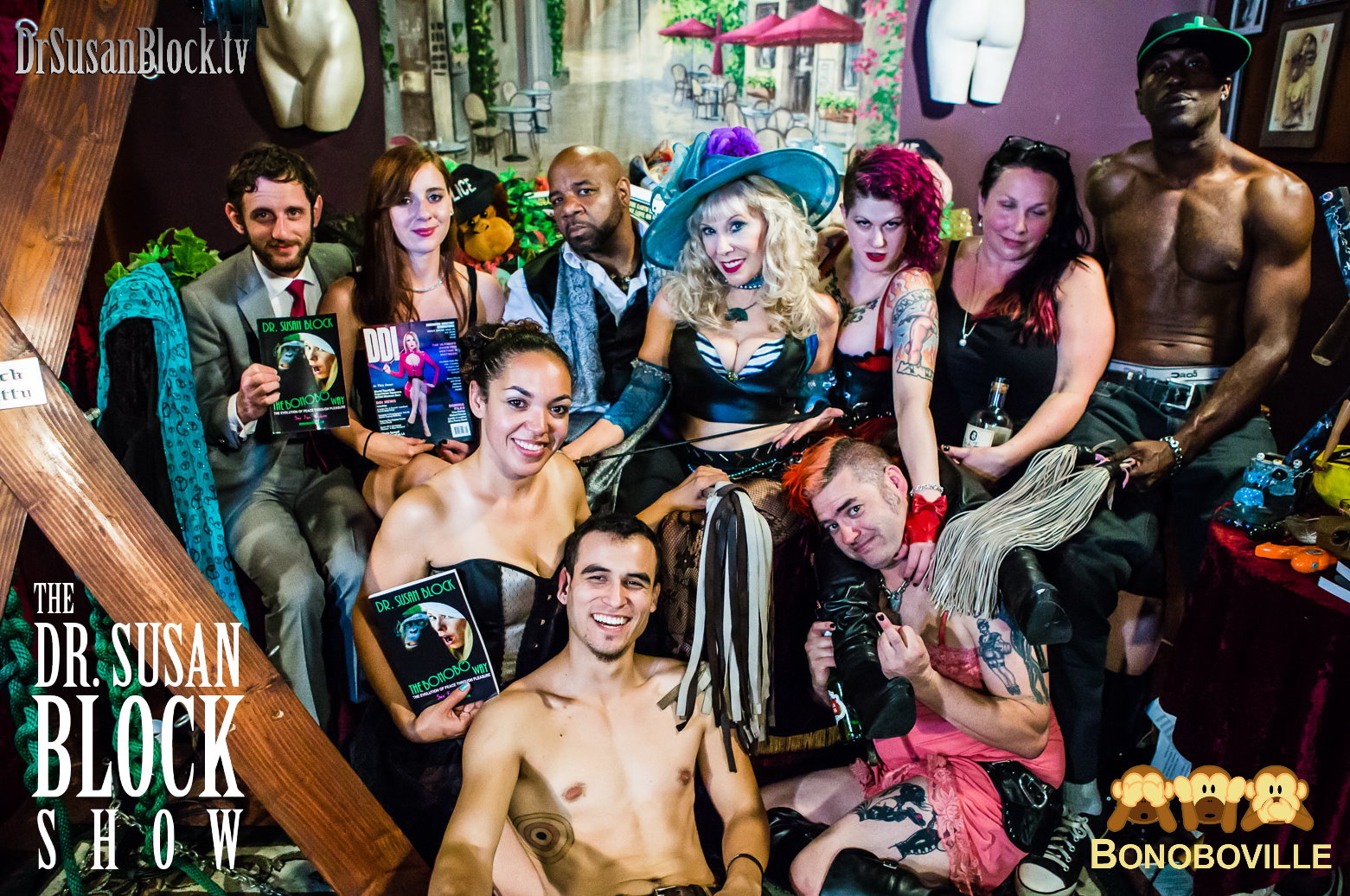 Each contribution made from purchasing
clips on Clip-o-Rama goes to
support the bonobos
How did you hear about this?

Pretty awesome featured guests, huh? The only problem is that when the show starts, they’re not here. Busy superstars that they are, all three of them—and their entourages—are running a little late. AND I’m short-staffed. But it’s a live show, and it must go on. Fortunately, the lovely Audrey Holiday is here, right on time, and so is Thai Chy, one of the poets in Orpheus’ Mènage Á Trois play. She delivers a sensuous BDSM-themed poem, “Tale of a Throb,” turning the Womb Room into a old-style coffee house. We also talk about her day job as a colon hydro-therapist, which reminds me to shout-out Carrie Weisman who interviewed me for her article on how to make anal sex more pleasurable which appeared in Alternet that morning. It’s all about that bass.

Want to Watch This With Someone?

Choose from over 23 Years of Documented Accounts of Human Sexuality

Please Verify You Are 18 Years or Older: